If you read basically any sales book or ask any sales trainer about discounting, you know the most common answer to “Should I discount my proposal?” That answer is... HELL NO!

But in the ‘real world’, discounting is very common. Whether it’s acquiring a strategic customer or logo, undercutting competition, or a last-ditch effort to save a dead deal, there are likely a million ways to discount correctly and incorrectly. When it comes to pandemics, discounting for some companies may seem like the difference between life and death.

Even pre-COVID-19, one of the most common questions I would hear about proposals is, “Do you have any data about discounting?” This question typically comes as a follow-up after reading Proposify’s State of Proposals 2020, where our team analyzed over 2 million proposals, and shared benchmarks for proposal open rates, close rates, time to close, time spent viewing a proposal, and what goes into a winning proposal.

After hearing that question come up so much, our team went to work on updating our data set, and we are now able to share benchmarks, trends, and the impact of discounting on proposals.

So, what does discounting look like in 2020? Has the amount of proposals with discounts increased or decreased as the pandemic took hold in North America? And how have trends in discounting changed as we move into Q4 and 2021?

This all sounds pretty rosy, doesn’t it? But there are a few price-cutting caveats and pitfalls that those quick stats don’t show. Here’s what we found.

Do discounts work? A dive into the proposal discounting data

We all know the effects COVID-19 has had on thousands of businesses across different industries around the globe. A combination of immediate financial impact, with the uncertainty of the future economic climate, resulted in many businesses cutting expenses in an effort to weather the storm, or simply stay alive. Employees were laid-off or furloughed, contracts were cancelled, and net-new spending was cut.

This wide-spread cutting of expenses had obvious implications to sales pipelines and, for many B2B businesses, their ability to close any deals. The business impacts of this really started to take hold in mid-March when the spread of COVID-19 in North America became extremely evident, and cities started going into lockdown.

Here at Proposify, we saw a similar trend in the volume of proposals sent and won across our data set that correlated directly with the impacts of COVID-19.

As you can see above there is a noticeable dip in proposals sent and won around mid-March, when things started to change. With all of the budget cuts and reduced spend, there were simply fewer deals in pipelines that would make it to the proposal stage, and many of those that were at the proposal stage started to dry up.

We experienced this ourselves at Proposify, where we did a significant clean-up of our sales pipeline, removing deals that were impacted by COVID-19 and couldn’t buy for budget reasons. Indirectly, this removed deals from the pipeline that were tire-kickers or not completely serious about investing in a solution to help them with proposals. It left only the leads that were serious and had active cash flow through COVID-19, allowing our reps to focus solely on solid opportunities with a much higher likelihood of closing.

In this situation, though, on average the overall revenue from proposals had declined for many businesses. Boards of Directors, CEOs, and VPs of Sales are seeing sales pipelines drying up, and are concerned themselves with having to cut back.

Looking at how to get as much revenue as possible, sales teams turned to discounting to get more deals through the door. Some revenue is better than nothing, right?

Proposals that include some level of discounting have more than doubled in 2020, a total increase of 117%.

With so few, if any, deals closing as the pandemic emerged in North America, it seems only natural that so many companies leaned on discounting. The start of the trend of increasing proposals with discounts correlates exactly with the drop in total proposals and the beginning of COVID-19 impacts in mid-March.

And the number of proposals containing discounts has continued to trend upward throughout 2020. I’m assuming this is what sales floors through Q3 looked like as salespeople had their very own Oprah moment:

So, if you looked at these stats alone, you’d think that discounting is the solution to all your pandemic revenue-related problems, right? Sales reps were happy to be closing again and buyers love a discounted deal. But not so fast there—the back half of the year is telling us a different discount story.

The trouble with discounting

Discounting actually did help businesses close deals—at first. The average close rate of proposals jumped from 30% mid-March to 40% mid-May. The problem is that this increase in close rates was short-lived.

Between May and July 2020, the benefit of discounting declined back to pre-COVID rates, and is trending downward through the remainder of 2020, especially on deals with heavy discounting. Those ‘Hail Mary’ discounts are just not connecting anymore, it seems.

As the data shows, those sales teams that are carrying their discounting strategy through the remainder of 2020 may actually be hurting more than just their close rate because of that decision.

How? Let’s look at two other real-world consequences of discounting.

The short- and long-term downsides of discounting

Recently I was on a podcast sharing some of the above information with Patrick Campbell, CEO of Profitwell. Patrick is widely regarded in the Software as a Service space as THE pricing expert, so naturally, he had some things to share about discounting.

Patrick has a whole blog post about discounting that I encourage you to check out, but I think one of the biggest takeaways was that the benefits of discounting are short-lived. The more you discount, the higher likelihood these discounted customers will churn, or the less likely they are going to be a long-term customer.

As you can see in Patrick’s graph, there’s also a correlation between the size of the discount and churn rate. Shocker: customers expecting heavy discounting may not be the best customers! Sure, you can slap on a heavy discount just to close a deal, but don’t expect those customers to stick around very long.

On our podcast together, Patrick agreed that discounting has its place but felt it should be used sparingly, which also corresponds with our data on its waning effectiveness.

So discounting can come back to bite you in the long-term but there are also more immediate downsides to discounting.

Recently, Proposify co-founder and CEO Kyle Racki was on well-known sales consultant John Barrows’ ‘Make It Happen Mondays’ podcast. As Kyle and John were talking about best practices for proposals, the topic of discounting came up. John shared an excellent example of how even the most seasoned sales professionals can screw up pricing their proposals with proactive discounting.

John had a tier-1, very recognizable company that came into their sales funnel as an inbound lead. To quote John, it was a logo that “legitimately any company on this planet would absolutely die for.” His contact at the company was a fan, had previous experience with John, and needed the proposal by a certain date. He thought it would be easy for them to buy. Since they wanted to cut to the chase he gave them his best offer upfront: a package deal that was already discounted by 20%.

However, after John delivered the proposal, his contact came back to him saying that finance had “had a heart attack” and wanted them to “sharpen the pencil”. Translation: they wanted (even more of) a discount.

John was kicking himself because he already discounted before any negotiation. He felt it was very likely if he had started at his rate-card price of $75k, it would have been much easier to then offer the discount. Bringing it to $60k as part of the negotiation could have been a win-win. The client’s finance team would probably be happy with their discount and he could have lived with that pricing too.

Long story short, discounts are sometimes required to get the deal done, but, as John learned, maybe think twice about going in with your best offer from the start. It may backfire.

We know that discounting has had its ups and downs in 2020, but if you’ve learned anything so far, it’s that there is no one size fits all answer when it comes to discounting. What you can do is leverage the information you have to make an educated decision for your deal.

And, a key takeaway from the discounting data I shared here is:

Maybe those sales trainers are onto something after all. 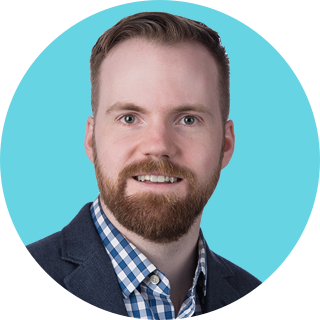 As seasoned digital marketer and CMO of Proposify, Patrick is 100% growth-focused. He likes to get his hands dirty digging deep into the data, learning about customer behaviour and how to use it all for business growth.

Proposals at a Tipping Point: Why the Status Quo Doesn’t Cut It Anymore and What’s Next

Wanna take the guesswork out of closing deals in 2021?

All the data-driven secrets to crushing the closing stages of your sales process are right here.