Does your morning sales standup sound a bit like this?

“I’ll do 150 calls and fix my Salesforce accounts from the last three months!”

Salespeople are a competitive bunch, they are also, and I say this with a deep fondness for my team, often a bit of a disaster at time management.

When those two qualities collide you get ‘the hustle’. Or, as it looks to the trained psychologist, ‘Action Bias: Sales Team Edition’.

So what’s so bad about action and hustle, particularly in sales? Being ‘too busy’ can actually lower IQ, leading to poor decision-making, time management, and, eventually, total burnout.

But there are some things that you can do as a sales leader to help your team avoid all of that. First, let’s talk about why hustle culture is so prevalent.

Action bias, the ‘badge of busy-ness’, and the burnout risk

Action bias is your brain’s tendency to hit the gas when you don’t know how to overcome something. It’s better to do something, rather than nothing, right?

Action bias is what leads to reps running after their insane to-do lists. Action bias makes them slog through their activities rather than taking a step back and planning ahead. Action bias stops them from prioritizing and taking the time to make the hard decisions on what is worth pursuing. You can tell them to be more strategic all you want, it’s not going to help because your reps don’t have the mental capacity to change that behaviour. Why?

Action bias is one of the ingredients in our hectic workdays. It’s one of the reasons why we hustle and bustle and are continuously busy. The problem with being busy is that we’ve been told (in North America at least) that busyness is a badge of honor, that you can signal your dedication and loyalty by working yourself into burnout.

What does being busy actually do to your brain? It transforms ‘time’ into a precious resource and that shifts the way you make decisions and work. You decrease your ability to focus on and pay attention to anything that isn’t right in front of you. This is called tunneling and it’s that IQ-sapping habit I mentioned earlier.

Your reps are too busy to make strategic decisions, which in turn makes them even busier. It’s a self-reinforcing cycle. Their brains are frantically trying to just do one more thing on their to-do lists. Never mind if it’s the right thing.

How sales leaders can help break the cycle of busyness

And now be honest with yourself, how often do you do the same thing?

If we as managers and enablers want our reports and reps to bring their A-game to their job, we need to model the behaviour we want to see. And yes, in this case, that means being transparent and modeling that it’s not only okay, but that it’s important to not be constantly busy.

Talk openly about your leisure time plans, take your lunch break, don’t send work emails in the middle of the night, take your vacation days (seriously!), and most importantly on a day to day basis: take breaks!

I’m asking you to model taking breaks. Not because modeling is the most effective behaviour-change technique but because changing the social environment is and that often can only be done top-down.

If you had an immediate gut reaction of, ‘But then my boss is going to think I’m lazy!’, worry not. I’m about to bring the science hammer down on why breaks are important so you’ll have ammunition to defend yourself should you run up against the culture of being busy.

So here we go:

Why you have to take breaks

Have you ever been on a diet and somebody put your favourite snack in front of you? On the first day of your diet, that's not a big problem, you decline respectfully. If you’ve been on that diet for a few weeks, saying no is a whole lot more difficult, isn’t it? That’s because you have put a strain on your executive functions for weeks. Not a big strain, but a strain nonetheless.

Working for any extended period of time does the same thing but with more impactful.

While you are working you are using various cognitive resources and there are really only so many thereof to go around in your brain before you need to replenish). If that sounds too vague for you, we can measure it directly in the brain based on your sodium-potassium balance being out of whack and the brain changing its firing patterns to a slower rate

In the same way as your muscles get tired and cannot work any longer if you keep putting weight on them, your brain gets tired under the cognitive load of thinking, strategizing, creating, and making decisions. Mental fatigue impairs your ability to do any of those.

And it’s not only hard, brainy work that exhausts your mental resources. According to Dr. Alice Boyes, any kind of decision making (including constantly fighting the urge to get a snack) depletes resources, as does clutter and noise, procrastination, perfectionism, and overcommitment . All of which have emotional implications and we probably all know that dealing with emotions isn’t helpful when we try to concentrate . And of course, if you don’t sleep enough, you start in with fewer mental resources to exhaust throughout the day.

To summarize, even non-strenuous work depletes cognitive resources over time, making you worse at everything from making decisions to focusing on what you are doing.

Now that we know that you can’t constantly hold onto your focus let’s take a look at what happens in your brain when you let go.

You might think your brain just goes into snooze mode once you stop focusing on anything specific, but that couldn’t be further from the truth. What actually happens is that the default mode network (yes, that’s a scientific term) comes online. That network is so powerful that it eats up 20% of all your energy) so there are a ton of things going on when you take a break.

Does that happen to sound exactly like what you want your reps to do? And what you want to do yourself? Yes? Good, because it should. Allow yourself and your reps to activate your default mode network more often. It will do your back good, too, because taking a stroll out in nature not only is one of the best ways to restore your attention but also for getting your default network firing.

Now onwards to how to get the most out of your breaks.

How to take breaks the right way: healthy break habits

We have a cultural norm of working eight hours with a one hour break somewhere in the middle.That’s not going to do your brain any good. You need more frequent breaks.

To be exact, 5 to 15 minutes for every 60-90 minutes of concentration and at least 30 minutes every two to four hours.Sounds a lot but that’s the sweet spot for optimal focus and decision making . You also want to make sure to take breaks that disengage you completely from work thoughts so checking your emails or Slack does not count as a break!

Many of us are stuck in a self-destructive cycle of not taking breaks because we’re busy and keeping busy because the lack of breaks kills our productivity.

It’s time to break that cycle and fight against the perception that busyness means good work ethic. It is on each of us to change the culture we work in but managers and enablers carry a specific responsibility to model healthy ways of working.

Breaks replenish your and your reps’ ability to make good decisions and to focus completely on their important tasks and you need to take them frequently, at least every ninety minutes.

If you are tired of your reps making the same mistakes repeatedly, fed up with their lack of creative approaches to winning new business, frustrated with their bad time management ruining momentum on deals, then remember, they are tunneling. Quite literally your painstakingly picked team is making themselves too stupid to do their job.

Unless you model taking breaks they’ll always procrastinate, go the path of least resistance, and burn out.

You might think your profit goes down if your reps don’t hustle, and in the very short-term, it might, but over weeks and months, you’ll see it on the bottomline: better rested reps are more creative in their deals, more strategic in their approach, and far less likely to quit their jobs altogether. 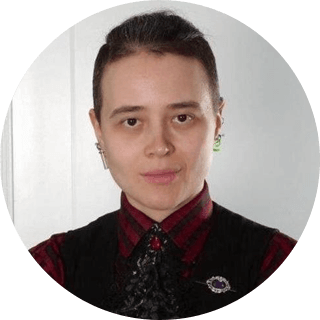 Doc Devan walks the line between educator, psychologist, and facilitator. Throughout their decade in academia, they became known as the go-to expert on all things Diversity, Equity, and Inclusion (DEI), while at the same time teaching inside and outside the classroom. They’ve developed and held everything from workshops to months-long courses, always with an eye on the wellbeing of their students. At Proposify, they again combine these skills as head of the Sales Academy and leader of the DEI committee.

Sales is The Most Stagnant Profession in The World. Here’s Why—and Why That Has to Change