We’re going to assume that you’re familiar with the importance of language, tone, and style, and the (new) 3 P’s of marketing, but if you’re not, you should probably give them a quick read – they can really help you improve your writing and enhance your proposals.

Now that you’ve got a solid understanding of the macro aspect of proposal writing, it’s time to do some fine-tuning. Here are 10 grammar tips you can use to take your proposals to the next level.

It’s is a contraction. It means “it is” or “it has.” For example: “It’s time to send that proposal to Jane for approval.” On the other hand, its is a possessive pronoun. For instance, “Your proposal will be more effective if you spend time to proofread its contents before sending” If you’re not sure which one to use, say the sentence out loud, but use “it is” instead. If the sentence still makes sense, the contraction is the right option.

You’re is a contraction of “you” and “are.” Your is a possessive pronoun (like the “its” we just discussed). Here’s how they work together: “You’re going to be the best sales rep after you get these grammar rules down and incorporate them into your proposals.”

This is a tough one, so we don’t blame you if you get them mixed up – most people do. But next time you’re faced with the decision to use one or the other, remember that affect is used as a verb and effect as a noun. Affect means “to influence,” so, “That pitch really affected me.” Effect means “a result,” as in, “That pitch had a positive effect on the audience.”

We all learned these in school, but many people still get them confused. Here’s how to remember which one to use:

Many people hear the words “could’ve”, “should’ve”, or “would’ve”, and assume that they’re contractions of “could of,” should of,” or “would of,” because that’s how they sound aloud. But that’s incorrect. They’re actually contractions of “could have,” “should have,” or “would have.” While it’s harder to notice this mistake in conversation, it’s quite obvious when written out. If you’re ever writing out the uncontracted versions of these words, you should ALWAYS use have, not of.

This is an easy one. Than is used to compare things – “This prospect looks way more promising than the last one.” Then is used for everything else – “I’m just going to finish up this proposal, then I’ll send it to the product team to add pricing information.”

Commas are very important. We see them used excessively but also so sparingly that you’d think they were really expensive. There are five main situations where you should use a comma:

Commas can be lifesavers. For example: “Let’s eat Bob!” versus “Let’s eat, Bob!” That little comma changed Bob’s world from being the main course to just sitting and enjoying the meal with everyone else. Commas can help you improve the flow of your writing and make your content easier to understand. We suggest reading Strunk and White’s The Elements of Style for a real crash course on how to use the comma properly. (Really, every good writer should read this at some point.)

It is generally accepted that a company is a non-living entity, so the pronoun it is used: “ABC Company was purchased for $100 million. It will keep its headquarters in New York.”

This mistake is common, tricky, and very easy to make because the words share a similar meaning. However, there are drastic differences in context, so it’s important to know which one to use at which time.

Grammar is touted as an essential skill all throughout school, but a surprising amount of professionals don’t make the effort to get it right.

But maybe teachers were right all along; good grammar ensures that your messages are received as you intended so that you can avoid awkward mixups or errors in communication.

While it may seem like a minor detail, it can have a bigger impact on your proposal close rate than you might think. Armed with these 10 grammar tips, you’ll be able to perfect your proposals and impress your prospects. 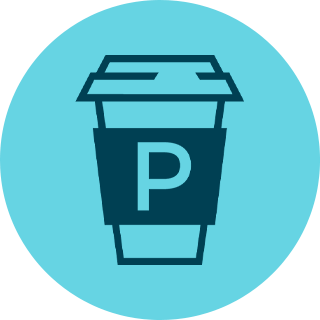 Proposal Writing: How to Make Emotion, Context, and Proof Your Competitive Advantage