Almost every sales rep has faced the same dilemma – they spend a bunch of time and resources prioritizing a prospect, only for them to drop off the face of the earth as soon as they receive the proposal. Beyond the frustration of getting ghosted, all of that time and money you spent getting your prospect closer to closing has now gone to waste. But as easy as it is to take personally, it’s not a rep problem. It’s a process problem.

Deals often stall when people place too much weight on optimizing the top of the funnel and neglect the bottom of the funnel. But like almost every other aspect of your sales process, closing is a process. A process that you can optimize.

In order to keep deals moving after you’ve sent the proposal, you need to take action. While it might feel a little awkward at first, the post-proposal process can make or break your deals. So if you want to win more business, you need to push past the awkwardness and optimize the final stages of your sales process – the close.

To get the ball rolling, we’ve rounded up some post-proposal best practices that will help you keep deals moving even after the proposal leaves your outbox.

First things first. If the proposal you’re sending isn’t up to scratch, there’s a real possibility that your prospect might go silent if they don’t like what they see. It’s not nice, but it’s a reality of the heavily competitive sales world. If you want to cut down your risk of getting ghosted, your proposals need to pop. They need to be so appealing that your prospects can’t ignore them.

You can create a giant PDF that covers everything you want to say, but there’s a good chance it won’t fit in an email. You can send them a link to a proposal you created online, but if there are any issues with the website it’s hosted on, it probably won’t make it through their spam filter.

Proposal software solves both of those problems. It allows you to create compelling, appealing proposals that are hosted entirely online so that file size isn’t an issue, and the links are associated with your domain, so it's far more likely to get seen.

If you're new to the sales world or just eager to close your deal, waiting for a response after sending a proposal can feel like an eternity. But unless you want to come off as pushy, it's best to give your prospect up to a week to get into your proposal. It might not be their highest priority at the moment, and that's okay. It's important to remember that your prospect asked for a proposal, so at the very least, you're still in the "maybe zone". While you wait, you can take a step back to focus on other prospects, work on other tasks, or check your metrics to see where you stand.

If you want to understand what's going on after you send proposals, you need to dig into your data. Start by setting baseline metrics that measure post-proposal prospect activity. Use sales tracking software to figure out the average time it takes for prospects to open proposals, how long they spend reading them before closing them, and where most prospects spend the most time reading. Armed with this info, you can compare metrics against the baseline to see where your deal stands. And if you want to go a step further, you can tweak future proposals based on the insights you glean from your data.

Once you’ve given your prospect a few days to process your proposal, it’s time to take action. A well-timed follow up email can grab your prospect’s attention and get them thinking about your proposal if they already weren’t. While your approach will vary depending on the nature of your business, the relationship with your prospect, and the way you last left off, here are a few tips for writing an enticing follow up email.

Pull someone else in

If all else fails, don’t be afraid to bring in the big guns. If your prospect is still replying but seems hesitant to move forward, try to loop in one of your execs to help push the deal over the finish line. Showing that your organization – even the higher ups – care about their business can go a long way.

On the other hand, if you’re still not making any progress with your prospect, it’s entirely possible that you’re speaking with the wrong person. Are you speaking directly with the decision-maker? Or a champion who would forward it to the decision-maker if they like what you have to say? In any case, it's crucial to know who you're talking with, so that you know which sales playbook to run. If you're sending to a champion instead of a decision maker, there are a few things you can do to increase your chances of closing:

Closing is one of the most important parts of the sales process, but often one of the most difficult. Even the most promising of deals can go dark out of nowhere, leaving you twiddling your thumbs and wondering what went wrong. But with the right tips, tricks, and tools, you can keep your deals moving and stop guessing what’s going on behind the scenes. Used in conjunction with these post-proposal best practices, proposal software gives you the visibility and control to win more business. 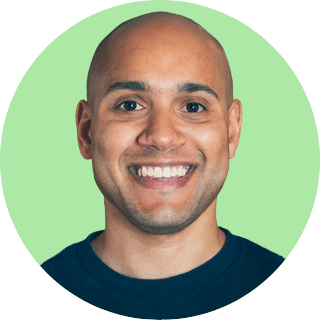 As Manager of Customer Growth at Proposify, Scott works with our frontline sellers to generate new business. Through coaching and training, Scott empowers the team to make the best of each opportunity and ensures we’re providing as much value as possible to our customers. To boil it down, Scott’s job is to help make our sales reps better! When he’s not helping the team close deals you can find Scott on the golf course or cheering on his favourite basketball team, the Toronto Raptors.

How To Choose the Best Proposal Software