Proposify is excited to announce that customers can now use the leading video platform for sales and marketing, Vidyard, to elevate their proposals and other sales documents. In a world gone remote, there’s no denying that video has become the next best thing to meeting in person. And with deals being more competitive than ever, businesses need to get creative with their virtual sales process.

While many of us are missing that personal sales touch, there’s no time like the present to embrace innovation and all the perks that come along with it. That’s why we’re thrilled to integrate with Vidyard, allowing our customers to benefit from the power of video and the positive impact it has on closing deals.

Rest assured, the future of video and your deals is bright!

We’ve got the numbers to prove it! Proposify analyzed 2.6 million proposals in our database and surveyed more than 1,000 sales reps to learn that including images and videos in sales documents does in fact increase close rates. In Proposify’s newly released State of Proposals, video usage in 2020 was up 31% from the previous year. So if you’re not using them in your closing process, it could be costing you the win.

“There’s no denying the impact videos have on the closing process. We have personally seen the results from our customers and our team who are leveraging them in their proposals.” says Proposify CEO, Kyle Racki. “At Proposify, we want to arm our customers with the tools they need to make every deal a closed deal, and Vidyard is another great one to add to your stack”

The analysis and insight you need to dominate your deals in 2021 is right here.

Our friends at Vidyard also have the numbers to back the use of these visual powerhouses in the sales process. Videos not only attract and engage prospects, but they drive conversions. In Vidyard’s State of Video Report, almost all study participants (94%) report that video converts the same or better than any other content form.

“Video has emerged as the most impactful way to tell our stories, explain complex ideas, and create a more personal connection with our buyers,” says Tyler Lessard, VP Marketing and Chief Video Strategist at Vidyard. “Through our partnership with Proposify, we’re making it easier than ever to infuse proposals with personality and clarity using video-based walkthroughs, testimonials, and personalized welcome messages.”

Not only that, but the percentage of respondents who are investing in 1:1 video has increased by 471% since last year and those who are using video in customer and sales conversations has increased 93%.

We are believers here at Proposify. Our sales team incorporates video in various stages of their process as a best practice. This includes a personalized welcome video in their proposals and when making the new account handoff to the customer success team. Prospects and customers love the authenticity. Whether you want to share more about your company background, include a short product demo, or add a live testimonial, the options are endless.

It only takes a minute to add Vidyard videos to your Proposify sales documents. Here’s how the magic happens:

If you want to learn more, be sure to visit our knowledge base or if you’re keen to see things in action, you can sign up for a free Proposify trial and see how it feels to add that personal touch to your proposals. 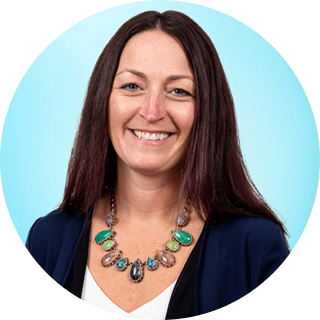 Mel has spent the majority of her career working with local businesses to market and support their growth and loves being part of the entrepreneurial journey. Her nearly 2 decades of marketing experience ranges from corporate event management to consulting with a sprinkle of all things in between. Her personal passion for pups even led her to spend some time consulting with a doggy daycare. Fave quote: Be the person your dog thinks you are.

Gotta Revise ‘Em All: Proposify’s Template Updating Feature is Here to Save You From an Admin Nightmare