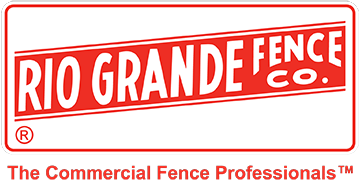 Since their founding in 1958, Rio Grande has focused on delivering a white-glove level of service that leaves every client feeling secure and highly valued. However, as their client list grew, so did the time it took to send out a proposal. Bid Manager, Mark Dunn, knew they needed a better way to streamline their proposal process so they could get back to focusing on their clients and closing more deals.

“Before Proposify there was no easy way to find proposal content for a particular client and manipulate it. As every project that we do is so different, the ability to pop in a snippet about the type of fence, the kind of gates, or the number of sandbags that they need is invaluable. There are many things that we just had to type in manually; there was no easy way to get to them in to a bid quickly the way we were doing it before.”

Before their introduction to Proposify, Rio Grande was using a combination of Excel and Word files to create proposals for each of their clients. Proposify was the ideal solution for housing all of their client information and expediting what could potentially be up to 18 bids for an individual company.

“There was a lot more manual work before Proposify. We had so many formats that we saved in Word or Excel documents, which, for proposals, is very difficult to use. Using Proposify’s content library and pipeline like a database function is the biggest timesaver for me because everything I need is in there. Aside from adding a new contact to a company, the work is done. The amount of information that I have saved on a one time deal in Proposify is invaluable.“

Proposify’s ability to make worry-free edits on an existing proposal, coupled with the accessibility of client information, has saved the day and won business for Rio Grande on more than one occasion.

“There have been several times when we’ve had a bid that was due at 5 pm that needed a last minute change after it was already submitted. Before Proposify I would have had to go into five different files and change those things on each file. Now, with Proposify, I can change it once and duplicate it five times. That kind of ability to manipulate the information and not have to reproduce it is the biggest timesaver for an emergency situation.”

Having their client's essential information at their fingertips wasn’t the only benefit that appealed to Rio Grande. Proposify’s digital signatures and Stripe integration allow their clients the ability to pay on the go, which helps Rio Grande close deals quickly and gain more business.

“The ability to pay online was something that Derek Smith, our COO, really liked. Most of our clients are out in the field; in their trucks with their iPhones or iPads. The ability for them to be out there and get the proposal with the Stripe integration and click on it and say ‘OK, we need that 800 feet of rental fence later today, bring it on out, we've paid,’ is of considerable value to us.”

Because of this, Proposify has become a crucial member of the Rio Grande team. Within their head office, every employee, from COO to administration, uses Proposify on a daily basis.

“I’m in Proposify 90% of the time preparing the bids to go out; then our project managers are in there to send the proposals. Accounting uses it to get their information and numbers. It’s central to our work going in and out.”

Rio Grande’s streamlined proposal process and increased close rates have left them feeling secure in their choice to sign up with Proposify.

"I haven’t worried about our proposals since we started with Proposify. Before we had Proposify, I can tell you; the bids wouldn’t have gotten done. I’ve been in that situation where I had five different bids, each with different information, which then had to be copied and pasted into six or seven different files in an hour. It was impossible. I’m much more confident using Proposify.”

It’s about more than just proposals.
It’s about world domination.

Get a demo and start your team's total takeover.

I want a demo!