Whether you’re new to sales or a seasoned seller, one thing is clear: if you want to be a sales superstar, you need to know how to close.

No matter which closing technique you deploy to get deals over the line, your business proposal can be one of the most valuable assets to help you do so.

A great proposal is like a secret weapon. An unfair advantage that gives you leverage at the pointy end of the deal. It’s a neat summary of your pitch in a compelling, interactive format—purposefully designed to leave a lasting impression on your prospects and get them excited about working with you and your company.

But as you already know, you’re probably not the only one competing for your prospects’ attention, even at this late stage in the sales cycle. Your prospects are likely considering proposals from multiple vendors—aka your competitors—each with their own spin, and every one of them looking to win their business and shut you out.

So if you want your offer to to stand out from the rest, your proposal needs to shine.

From the format you follow to your language, tone, style, and everything in between, there are a number of basics to writing a winning business proposal. But what most proposal writing guides won’t tell you are the lesser known tips and tricks behind successful proposals.

As a sales pro, you already know about the importance of data and analytics. At Proposify, so do we. Like a more optimistic and analytical version of the Wu-Tang Clan, we live by a principle that we like to call D.R.E.A.M. (Data Rules Everything Around Me). After collecting and digging into data from millions of proposals, we’ve figured out what separates a good proposal from a great one.

Without further delay, here are 9 proposal best practices that will help you up your proposal game and stand out from the crowd:

The analysis and insight you need to dominate your deals in 2021 is right here.

In the race to win more business and convert more opportunities into paying customers, it can be easy to get carried away. We get it. You’ve got a lot to say about your company and your offering, and you want to include it all in your proposal so that your prospect can see it from your perspective. We hate to break it to you, but it’s not going to work.

Prospects don’t want to comb through pages and pages of “About Us” and bios of every person that was employed at the time your proposal was written. In fact, according to our research, there’s an ideal proposal length that can increase close rates: the average winning proposal has only 7 sections spread across 11 pages. So next time you’re writing a proposal, remember to include the meat of your offering, but don’t feel bad cutting out info that isn’t absolutely essential.

The ideal length for a marketing business proposal is 11 pages, organized into 7 sections.

When it comes to the content of your proposal, less is more. As much as you might want to pad your proposal with technical terms and industry jargon to impress your prospect, it’s better if you don’t. Overly complex language can alienate your prospects and make it harder for them to see the value in your offering.

Stick to plain language and simpler terms that convey your message more accurately, and save your technical know-how for the Q&A after you’ve delivered the proposal. These plain language proposal writing tips can help you refine your message and make it easier for your prospects to say yes.

Ditch the jargon: use simple terms and plain language in your proposals.

Whether you’re revising a proposal for a single prospect or firing off multiple proposals to various leads, consistency is key. After all, there are few things less appealing (and, potentially, more costly) than mistakes and mixups. Prospects are more likely to buy from companies with a cohesive brand identity, and that’s hard to achieve if you don’t have a polished proposal process.

Proposal templates are an effective way to ensure that all of your sales documents look the same and include pre-approved content to reduce mistakes. They provide a jumping-off point for your proposal process, allowing you to cut down on room for error, increase consistency in your branding, and ensure that reps are always on the right track. Plus, 92.4% of sales pros we surveyed use templates to create a proposal. To give you an upper hand, we’ve rounded up 10 more proposal template tips to help you get the most out of them.

Proposal templates take the legwork out of creating proposals and can help reduce costly errors.

Ever heard that you should avoid sending proposals on Monday because people are too busy? Or Fridays because your prospects are checked out by then? Hate to break it to you, but that is nonsense.

After diving into the data, we found that there’s no significant difference in the day a winning proposal is sent. In fact, last year, Fridays turned out to be the best day to send a proposal, by a staggering 0.73%.

In all seriousness, the difference in a day a proposal is sent has a negligible effect on its likelihood to close.

What does matter, however, is speed. The longer you wait to get a proposal to your prospect, the less likely that deal is to close.

Once they’re expecting a proposal, prospects only care about receiving it quickly, so it’s important that you get it out the door as soon as possible. According to the same data, 42.5% of all closed-won proposals are won within 24 hours of opening.

Time really does kill deals, so the faster you can send, the sooner you can ring the bell.

Proposals that get to clients faster, close faster.

Did you know that nearly 98% of proposals contain pricing information? Pricing is now standard practice among sales professionals, so if you’re not including it, you’d better start. Prospects are far more likely to take your proposal seriously if they know exactly how much your product or service is going to cost them. If you don’t know whether they can afford your product, here’s how to ask prospects, “What’s your budget?”

How you label the pricing section of your proposal has an impact, too. Rather than naming the section with terms such as “fees”, “price”, or “cost”, use the term “your investment”. This subtle change in wording reminds your buyers that they’re making an investment in themselves, their team, and their business instead of incurring a cost.

If you want to go a step further, include multiple pricing options. Interactive pricing can help increase close rates by 12.6% compared to proposals with static pricing. Plus, including multiple pricing tiers, optional extras, and packages can help you upsell, cross sell, and reduce the back-and-forth that usually comes with closing deals.

Rename your pricing section “Your Investment” to reinforce the value your product/service/solution provides.

Alright. So you’ve trimmed down your proposal, simplified your writing, and started using templates to speed up your process. What now?

The next step is breaking up all of that text. Images are a great way to add visual appeal to your proposals and drive home important points that might otherwise be difficult to illustrate.

Oh. And they can increase your close rate by up to 26%.

Images and smart design don’t only give your proposal a more professional look and feel—they can help increase your close rate, too.

If you’re still asking your prospects to put pen to paper, you need to stop. Unless you like creating a massive logistical bottleneck in your proposal process, it’s not worth the effort, even if your customers prefer to meet in person.

Electronic signatures are way faster (60%, to be exact), much more cost-efficient, and of course, safer than meeting all of your clients to shake hands and sign deals face-to-face. Plus, we’ve found that they increase deal close rates by 4.6x.

Whether or not to discount your deal is a debate as old as sales itself. There are pros and cons to both sides of the argument. For instance, everyone loves a bargain, and discounting can help get deals across the line. However, it also has downsides—deep discounting can make prospects second guess the value you’re promising to deliver and impact customer retention.

So, to discount or not to discount? A look at recent trends in the data may help you decide.

In 2020, when the world was on fire, discounting actually helped salespeople close more deals and keep the wheels of business turning. Overall, proposals with discounts closed 2.6% higher than proposals without.

But in 2021, the script has flipped. This year, discounted proposals close at a rate 13% lower than full-price deals.

Discounting can be an effective closing tactic, especially in the negotiation phase of the deal. But too heavy on the price slashing can isolate prospects and undermine your deal and your brand. Bottom line:

Discounting is a powerful tool. Wield it with care.

Most deals don’t close by themselves. While sending a perfectly designed proposal can help win your prospect over, you’ll likely still need to give them a nudge to keep things moving. Hence why 95% of sales professionals agree or strongly disagree that a well-timed follow up is important for closing deals.

In short, it depends. Every prospect needs time to review and consider your proposal, but the amount of time it takes them can vary. If you send a follow-up too soon, you could seem pushy. Too late, and you could risk losing the deal. So how do you know what time is the right time?

These are the questions you need to know the answers to if you want to time your follow-up to perfection.

To give you a general idea of what a good follow-up looks like, here’s what we discovered when we dug into the data to find what happens to a proposal after it’s sent:

(If that last one strikes you as a little counterintuitive, you’re not alone. We were surprised to discover that closed-lost deals actually get more scrutiny than closed-won deals.)

These general numbers are all well and good, but to really become a follow-up master, you need to establish these benchmarks for yourself. They will be different for your company, your industry, and your market. But once you know them, you can use them to build a closing process that’s second-to-none.

From a persuasive executive summary to terms and conditions, pricing information to sharp design, there’s a lot that goes into a winning proposal. With the amount of competition you’re up against, you need to cover all the bases in order to get ahead, and I hope these proposal best practices help you do it.

So much has changed in the past 18 months. Many things may never go back to the way they were. We’ve seen an explosion in the shift to digital and remote business, and many companies will never go back to the office. Even for those who have, or soon will, the digital shift is here to stay.

The digital world is also an on-demand world. When a prospect asks for a proposal, they expect it right away. If your proposal practice doesn’t allow you to deliver on that expectation, you will lose deals to someone who can. If you can’t keep up with the pace of today’s business, you’re out of the race before it even starts. 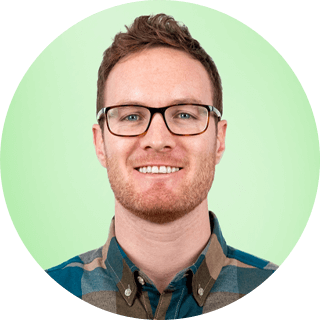 Content marketer and copywriter at Proposify, Dan traded the east coast of Australia with the east coast of Canada. He's always striking a balance between surfing when it’s far too cold and waiting for his fingers to thaw so he can resume writing. Dan puts donair sauce on things that do not call for it.

Why You Need Sales Analytics